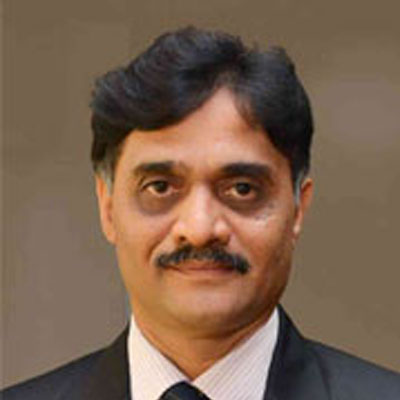 Dr.Niranjan Chiplunkar , recipient of prestigious awards and accolades, has authored several textbooks and papers of wide repute. He authored a Text book on “CAD for VLSI” published by NMAMIT Publications in 2007, a book on “VLSI CAD” published by PHI Learning, New Delhi in 2011, and a book on “A Novel Architecture Design for Network on Chip” in 2020. He has edited two International and national level conference Proceedings. Recipient of “Bharatiya Vidya Bhavan National Award for Best Engineering College Principal” for the year 2014 by ISTE New Delhi, he has been awareded with “Excellent Achievement Award” by Centre for International Cooperation on Computerization, Government of Japan in March 2002. In 2007, he has been honoured as “Distinguished Alumnus” by the Manipal University. His profile has been published in “Marqui’s Who’s Who in the World” in 2009 edition. Prof. Niranjan has been awarded with appreciation certificates from EMC (India) and IEEE Bangalore Chapter for his contribution towards EMC Academic Alliance initiative and IEEE Student Branch activities as a Branch counsellor at NMAMIT, Nitte, respectively. He has been granted an Indian Patent for a novel 3D architecture for Network on Chip system in 2020.

Prof. Chiplunkar presented more than 50 technical papers in National and International Conferences and journals. He has successfully guided Ten Ph.D. Scholar under Visweswaraya Technological University Belgaum, Manipal University and VIT Vellore, and is currently guiding two Ph.D. students under VTU . He is a Fellow of Institution of Engineers (India), Senior member of IEEE and member of several other Professional bodies like CSI, ISSS and ISTE. He is on the examination boards of various Universities in India.

Prof. Chiplunkar is an examiner for UPSC New Delhi. He is the reviewer of “International Journal of Electronics Letters”. Prof. Niranjan is the Governing Council member of KLE College of Engineering & Technology, Chikkodi and Member of Board of Studies in Computer Science and MCA of NIE, Mysore. He was the ISO Management representative and TEQIP nodal officer of NMAMIT, Nitte. Prof. Chiplunkar participates in social activities and is recognised by various socio-cultural organizations. He has been the President of Rotary Club of Nitte during 2006-07.